In a DNR study completed the fall of 2010 looking at Wisconsin’s nearly 15,000 lakes, Lake Owen, located primarily in the Town of Drummond, was declared the ‘healthiest’ lake in the State of Wisconsin. Known for its spring fed, gin clear water this 9 mile long lake is a world class smallmouth fishery but also boasts a healthy population of largemouth bass, walleye, northern and several species of pan fish.

Every February Drummond is also the home of the world famous Bar Stool Races. This event serves as a fundraiser for the Drummond Sno-Jacks, and has been featured on the Discovery Channel and in Popular Mechanics. Participants compete by ‘skiing’ down a hill while sitting upon a barstool attached to a pair of skis.

The town of Drummond is over 137 square miles giving it ample room for several hundred miles of outdoor recreational trails. The North County Scenic Trail, a hiking trail that currently spans from New York State to North Dakota runs through the Town of Drummond. Snowmobile, ATV, mountain bike, cross-county ski, hiking and snow shoe trails abound throughout the forests around Drummond.

Drummond is also home to the Drummond Area School District. This district serves all of Southern Bayfield County including the towns of Cable, Namakagon, Grand View, Barnes, Mason and Delta. There is also a post office, gas station and convenience store, a couple restaurants and taverns. 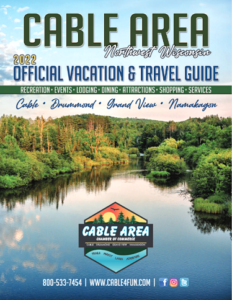